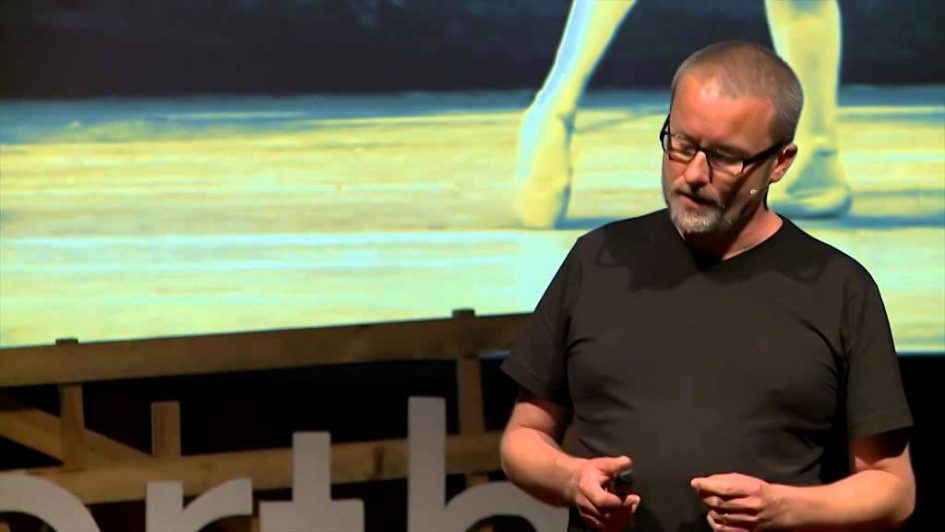 I was honoured to be given the wonderful opportunity to speak at TEDxPerth 2013.

In my talk, I recounted eleven lessons that I had learned through making mistakes in my last dozen or so years of running a small business in Western Australia.

I was so honoured to take to the stage, and the volunteer organisers and fellow speakers were amazing in what they delivered. I have included the transcript and then embedded the YouTube video below.

I’m Miles Burke and I’m a failure. I sometimes feel that way, but I know deep down it’s not true. What is true is that I’ve made thousands of mistakes before today, and I’ll probably make a mistake during this talk and I’ll certainly make a plethora of mistakes in the future.

The CEO of IBM, Thomas Watson, back in the 1920s – a while ago before I was born – said that if you want to truly find success you need to double your failure rate. So why is it that we are too frightened to talk about failure or mistakes? Today I’m going to go through 11 lessons learned through making mistakes.

My original pitch was 6,318 mistakes but they said I didn’t have time for all that so we’ll just focus on 11.

The photo behind me was taken by my five-year-old a few weeks ago. He used my phone at a place down south, took the photo and then looked at it and went “Ah dad, it’s blurry; I should have held my hand still” What is it with that childlike enthusiasm and inhibition to share mistakes that seems to get crushed out of us as we get older?

If you go into any bookstore and look in the business section you’ll find plenty of books – maybe even mine – talking about success. We never talk about failure. We like to gloss over failure and mistakes but there are so many great lessons and every lesson comes from somebody making mistakes at some point.

So, my first lesson today is mistakes either become lessons or they can become failures, it’s up to whether you learn from it, or you allow your sensitive ego to cast it aside and ignore it.

I want to talk about blue sky dreaming for a moment. Blue sky dreaming is a polite way of saying entrepreneurs don’t get beat up. I’m just as guilty as that and I’m sure there’s plenty of people in the room that feel the same way. What we need to do, is obviously five-year, 10-year plans that are all great. I love seeing the vision of what I will be doing in five years time, but what equally is important is that we understand that we need to plan small.

We need to plan for now, for the next project, the next product, the next week, month, quarter, so if we can get that balance right between dreaming big and planning small, then we’re a lot a lot closer to to success.

I want to talk about passion for a moment. Passion is an easy one for me. I wake up in the morning and i’m excited about going into the office. I’m really pumped about the idea of doing what I do and I’m very lucky as a result. Not everyone is so lucky. I’m sure there’s some people in the room that don’t have that same boundless energy for what they do during the day.

So we have two choices. We can either evolve our role, we can change it or we can find a new one. It’s not as easy to just go out and go right that’s it I’m going to find another job. What I found over the last 11 years, I have been in the same role, Managing Director; same business card.

What I found is that I’ve allowed my role to evolve. I’ve changed my role to keep that passion alive. What I did two years ago, I probably don’t do now. What I did five years ago, if I enjoyed it, I still do it. So it’s idea of embracing the passion, embracing what you love about your job and sticking to it and ignoring the rest. Move on, change your role.

You may think being at the top of a business or an MD or a CEO particularly multinationals or something like that, it’s this great life, but one of the most isolating positions in an organisation is that at the top of the food chain. What I found over the years, my moments of loneliness when it comes to professional life is when I haven’t had somebody to bounce ideas off. Someone to share thoughts, arguments and the like.

It doesn’t need to be a professional mentor relationship. It could be just somebody that you respect, that you trust and you believe in, and invite them out for lunch once a month or something like that. It’s very, very important to have somebody that you can bounce ideas off and know that you aren’t alone, that you’re not the only one.

Back in 1955, Cyril Parkinson wrote what was mentally a tongue-in-cheek article for The Economist, where he coined the phrase “Parkinson’s Law”. The idea of Parkinson’s Law is that if you’re given a task in a certain amount of time, you’ll use that amount of time to do that task. I see that every day, I say that in all sorts of industries and in all sorts of positions – we quickly fill time with whatever task we think needs to be done.

It’s even worse when you’re in a position of maintaining your own calendar, your own schedule. If you don’t rein that in, you’ll quickly blowout time and so this idea of I guess competing against yourself every day. Look at your regular tasks, that you do maybe you spend an hour doing something every Monday morning.

This Monday morning, set yourself 50 minutes to do it in, and see if you can challenge yourself to be more effective, more productive in less time. It frees up more time for other things or heaven forbid, you could go home on time.

We’re terrible, going back to that sensitive ego thing at the beginning, we’re terrible in being able to understand and self-reflect and self realise what we’re not so good at. So that’s something you need to work on. You need to look for weaknesses of your own and do one of two things. You can either improve them, so they become strengths or you can assign or delegate them to somebody else to do. That’s my favourite.

I’m really passionate about what I do because I also have this idea of an open business model. This idea of transparency and trust, and all of that. It pervades everything from what we do. From how I interact with the employees within the organisation through to our clients, our suppliers and others.

Not long after I started my business,  it would have been six months I think, I started hiring staff and after about a year I realised these guys aren’t in control of our destiny – I am.

Whilst that’s a great honour, I think that it’s unfair that they don’t feel like they’re included. So what I started doing was printing out our monthly profit and loss statements and sharing it with them. I coach them through “yes, that big number there is actually a loss” and “this number is hopefully a win”  but this idea of sharing and being open and transparent and something that I think all of us can do.

I’m in digital marketing, so you’d be right and assuming that my business builds websites, we do social media and all of that. But what we are actually doing, is helping clients communicate more effectively with their audience and better still, we’re growing their audiences. So that’s what we’re actually doing. The tools and process is sort of irrespective from the process. So successful businesses are able to communicate that in an effective way to their customers.

This one’s a great story for me. About four years ago, I was writing my book and it was about 1.00am. I had a glass of red wine in my hand, and I looked absolutely shattered. I realised I had to be back in the office in about five hours time and I’m working away, when my wife walked past and looked at what was on my screen, and she said “Miles, you’re a hypocrite”. I was writing a chapter of my book on work-life balance.

All of us can get it wrong at times. There’s no perfect formula. It’s not 37.5 hours a week work, or 42.3 or whatever it is, but there is some balance. We need to be focused on working out what that balance is for each of us.

I ended up with post-viral chronic fatigue a few years ago – this is the first time I’ve sort of talked about that – what that meant was I went from a 70 an hours of work per week kind of guy, down to barely getting out of bed in the morning. I had a real struggle doing what i would consider quite simple things. So this focus on work/life saves you from a health perspective, a emotional health perspective, from a physical health perspective as well.

So, my last lesson for today and I want to share it with you, is go out and have fun. Business doesn’t need to be boring. It’s something that you need to embrace and enjoy and have passionate about, and I’m giving you all a license to go forth and make mistakes.

Thank you again to the team at TEDx Perth who allowed me the opportunity to share my mistakes with a few thousand people.