Are Cheap Backlinks Worth the Money? My 3 Month SEO Experiment 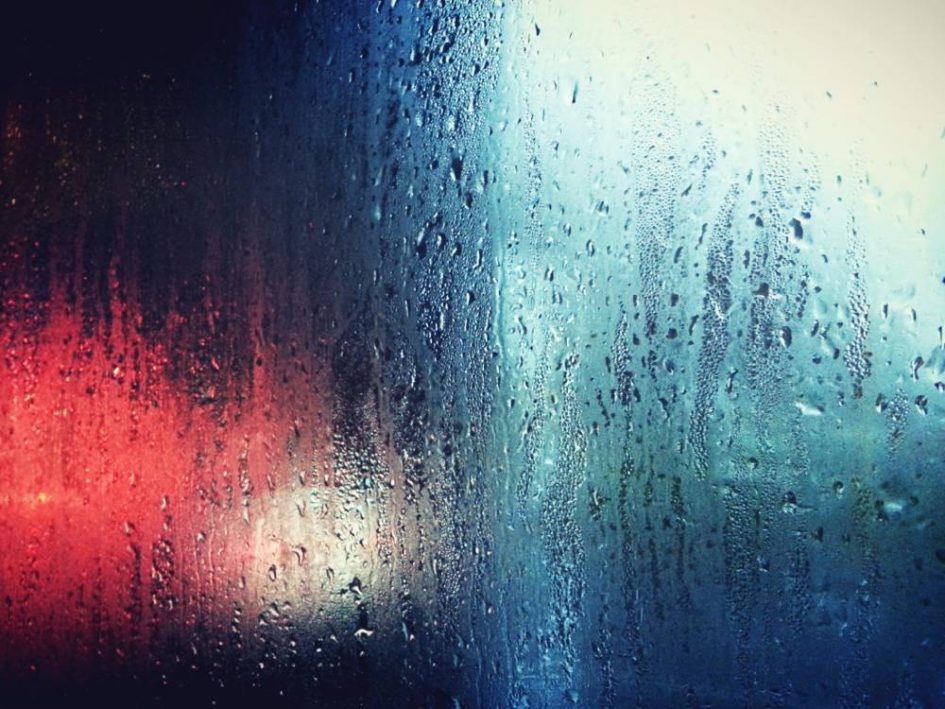 Backlinks. They’re the backbone of great search engine rankings. You can have the world’s best website content, yet if you have no back links pointing to it, you may have well not written it.

Clever digital marketers know that there’s plenty of effective methods to build backlinks, none of them, however, are quick or easy.

in 1910, Theodore Roosevelt famously said “Nothing in this world is worth having or worth doing unless it means effort, pain, difficulty.” I am pretty confident he was directly speaking about the effort involved in back links.

However, we often see those ads, promising cheap and fast backlinks. Tempting, aren’t they? It does make me wonder; do they work at all? What is the effect, however small or mediocre?

Have no fear, readers. I did the hard work and spent a whopping $11.52 to do this research for you.

First off, you need to minimise any variables outside what you are changing. I used an old domain name I had, and set up a simple website for it. This domain has zero backlinks, and a resulting domain rating of zero.

This is important, because we need to ensure any SEO benefits came from this activity, and no other work. It’s rare that a marketer isn’t working on a few campaigns simultaneously.

I won’t name the domain name here, because eventually I hope to use it for something, and I don’t want any negative SEO or mentions of it, beforehand.

Nothing in this world is worth having or worth doing unless it means effort, pain, difficulty. – Theodore Roosevelt.

The ‘skyrocket your site’ promise

So I jumped on cheap marketplace, Fiverr, and looked at the various back links services touted on there.

I ended up settling on one of the highest rated sellers, who has sold a previous 12,000 of this package, according to the feedback.

The package promises 50 link backlinks, that are 100% safe and white hat, and on websites with a DA of over 65. Impressive!

Here’s the actual description, as an image; 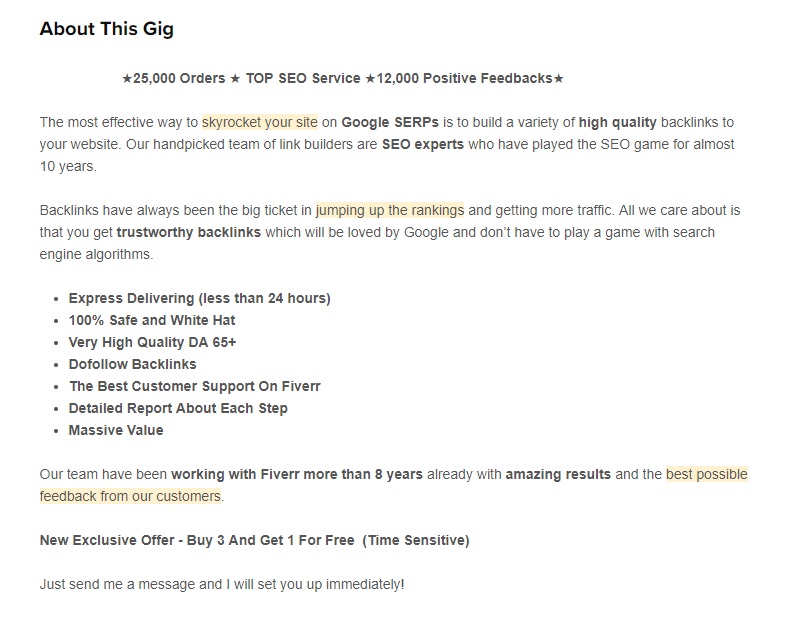 So, I clicked order, and then promptly provided them a handful of keywords and the domain name to link to.

In under 48 hours, I received a text file for a report with 66 url’s, which contained my prized backlinks.

Surprisingly, the links were all contained within articles. I had expected blog comments or some other nasty method, however these were 500+ word articles, with only one contextual link; direct to my website.

However, these articles had obviously been created using some article spinning software, because they had possibly the worst grammar I’ve seen in a while (which says something, given the amount of guest post pitches I frequently review).

Here’s a quote from one of them, showing the lack of grammar quality.

What does the above paragraph even mean? It baffles me!

Nearly all of the sites were free web hosts, which offered either a very discrete lengthy sub directory or indeed a sub domain.

The pages created for those backlinks included subdomains with catchy titles such as nutnic17jacobsonmonroe855. Nearly all of them seemed to be a random collection of characters or words.

Around half of them, the very poorly spun articles were the only content on those subdomains. The other half featured similar articles, featuring one link each to other websites, which were no doubt customers.

I then patiently waited another 13 weeks, to run another report over these cheap backlinks and check the SEO ranking of the target website.

According to Ahrefs, which is typically very good at discovering backlinks out there on the vast and often dark corners of the web, two of these links were found.

Then, with me manually checking each of these spammy articles, a whopping 34% of them had been removed within the last three months.

Using industry recognised software (Ahrefs) to keep an eye on the various ranking signals of the target site. As well as watching reports from Google Analytics, the result was;

Nothing from an SEO perspective moved an inch at all. No traffic was received as a result.

That $11.52 could have been spent any number of better methods, rather than cheap backlinks. Maybe a domain name with existing backlinks, or splurge on cake and coffee whilst I penned a few guest post pitches to get real backlinks would have been a far better investment.

Simple answer; don’t waste your money on these cheap and nasty backlink providers. Sure, they will provide temporary backlinks, however these will definitely not “Skyrocket your rankings” as the above ad states. Actually, if anything, this could harm your domains reputation with Google.

You should spend your time and effort instead, on pitching guest posts to relevant publishers, and getting published with backlinks included. This will produce far better longer term SEO benefit, however is obviously significantly more effort.