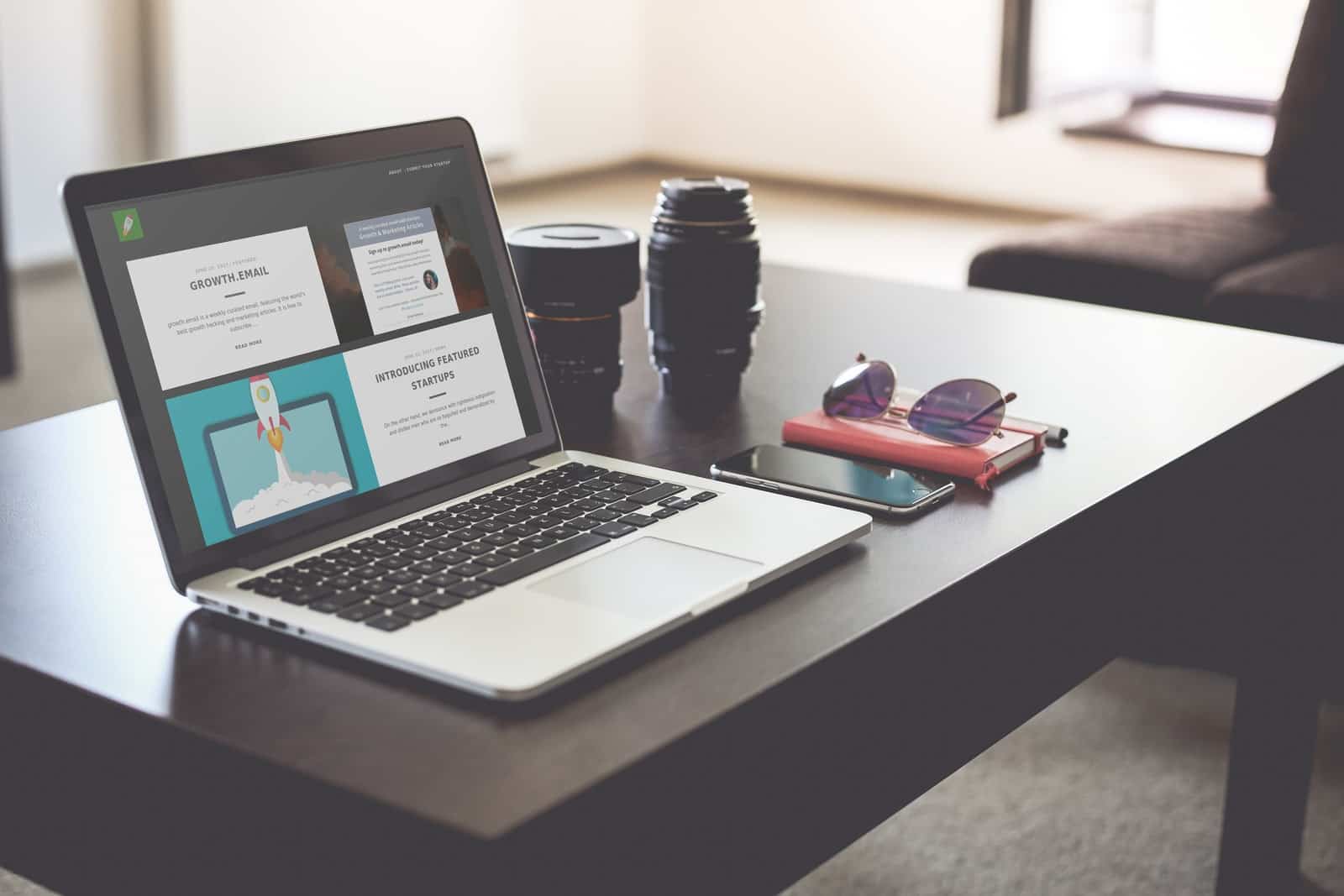 I have had this side project idea for a while now, which combines my love for promoting early stage startups and my interest on hearing the stories on how they were inspired.

I spent a few hours last Sunday afternoon, in between household chores and playing computer games with my youngest child, putting together an MVP of it, to see how well received it would be. In this article, I share the tools which I used, and the process I went through.

Who needs detailed planning, when it’s just a side project? That’s not exactly true, however I knew this was just an MVP to gauge initial reactions to the idea, so I avoided doing much planning, outside of writing a few rough dot points to give me some direction.

So this is where my big budget of $13.24 ended up being spent. I had noticed the featuredstartup.com domain name was available a while back, and took the plunge and bought it.

I have a terrible habit of buying domain names when I notice them, and I currently have a few dozen domain names already in my name, so I was quite proud I held off purchasing it until I actually needed it.

I’m using Digital Ocean for these side projects. I have a bunch on there already, and it costs peanuts for a great server. 1Gb of RAM and 30Gb of SSD space costs me a total of $10 a month, and I have around 10 side projects in various stages hosted on it, with 29Gb of disc space spare.

WordPress is literally the easiest CMS to get up and running; it takes all of five minutes before you are ready to add your first post. The best part is the trillion themes, plug ins and developer communities out there supporting WordPress already. It would be insane to choose anything else for this.

This is one of the most time consuming parts, because there are literally hundreds of places to find thousands of free and paid themes.

I wanted to find a theme that would work well with an interview style format in the individual posts, and a simple method to display the latest startups on the homepage. I ended up settling with the free version of Tracks.

Given this is literally the first incarnation of this site, if my previous projects have shown me something, it is likely I’ll change themes a few times until I am really happy.

Every time I install WordPress, the first thing I tend to do is install the same three very useful plugins. They are;

Yoast SEO
This is a very useful plugin that provides you with a quick summary of how your SEO will look for a particular post, and makes suggestions on getting your content ready to rank well.

Insert Post Ads
I use this plugin to drop in a standard call to action (CTA) in the middle of blog posts, such as the subscribe box here on my blog.

Jetpack
This is the official WordPress plugin, created by Automattic, the people behind WordPress. It has a bunch of useful features, and the free plan tends to be enough for most side projects.

Create a form to collect responses

To avoid email ping pong and keep things easy for me, I created a survey form using Google forms.

The two main benefits with Google forms (besides being free) are that you can save the responses in a Google sheet, which is what I needed for the automation I wanted to do, and you can update the form questions at any time.

I have these survey responses being saved per line in a Google Sheet, so I can do some magic to save time, as per my next point.

As mentioned, I wanted to do some automation magic with the form responses, so I hooked up Zapier to automatically grab the latest responses in my Google sheet and post them as drafts to WordPress, using this Zap.

This was the fun part. I know from previous experience, it can be very time consuming to copy and paste interviews and responses from an email thread, format it all nicely and consistently, and then plonk it into WordPress.

Using this Zapier recipe, means that as a new line appears in the Google Sheet (above), it automatically imports it into WordPress, formats it, and saves it as a draft for my review.

I can then tweak things, add an image and blockquote, etc in no time at all. Awesome!

I’ve been using Mailerlite for my own personal blog and a few other side projects, and I’m becoming a bigger fan every time I use it.

I created a simple email template which grabs the latest articles from the RSS feed, and sends them out once a day to subscribers.

The great thing with Mailerlite over similar email tools, is they provide an easy way to create a popup form in literally a few minutes, and then you just take the provided Javascript, and add it to the WordPress template. Voila!

As I mentioned earlier, I installed the very useful Insert Post Ads plugin, then I whipped up a quick subscribe box, so it appears in every interview.

I actually cheated here slightly, renaming an existing yet dormant Twitter account I already had, and set up some quick branding.

You will notice there’s a nice image of a laptop showing the Featured Startup site, both in the header of the Twitter account and this blog post. Nope, that isn’t my laptop or coffee table. I created this image using a fantastic resource, called Magic Mockups, which allows you to import an image or URL, and place it on a variety of photographs of different devices and settings.

Another cool Zapier zap is the ability to grab the Twitter username from the Google Sheet which stores my survey submissions, and send out a personalised thank you tweet.

In the example above, the @bobs username was taken from the sheet, along with the ‘Billys Bargains’ name. Neither of these are real, by the way. This was just a test to show the automation works before I start getting real submissions using the same workflow.

After around 2.5 to 3 hours of work, my latest side project is now live and ready for you to check out.

Worst case, the site doesn’t get much interest and I’ll eventually just leave it stagnant. Best case, the startups I feature get plenty of new interest.

UPDATE: It died a natural death after I became busy on other projects.

Note: Both the Digital Ocean and Mailerlite links above are affiliate links. I get a small credit in my existing accounts (as do you), if you sign up from that link. This hasn’t influenced my mention of them; they are both awesome services in any case.